Judges on American Idol and The Voice are used to critiquing music, but an actual judge was put on the spot recently to assess an inmate’s musical performance. Leo Glassner, a federal judge in Brooklyn, received a rather unusual request from an inmate to check out his new release, “African Girl.”  John Star, whom Glasser put behind bars for mortgage fraud, wanted the judge to hear his hit song.

It is hard to decipher exactly why Star wanted his judge to listen to this song.  The lyrics go: “You won my heart. Your beauty won me. I love you, my African girl.”  To be clear, it doesn’t appear that Judge Glasser resembles an African girl. 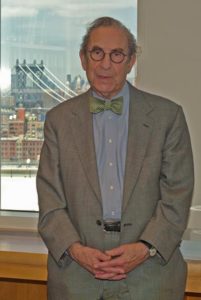 Was Star seeking early release to allow him to pursue his newly found artistic talent?  You can listen to Star’s song here.

It is anticipated he will be serving his full term . . . and then some.

If Star was looking for a compliment on his work, I am not sure a 94-year-old judge was the right person. For a man of his age, Glasser might prefers songs from his era. Classics such as O quam tristis et afflicta (Oh how sad and sore) and Erbarme dich (Have mercy) and other such Gregorian Chants might have been more to his liking.  Plus, those songs could double as his response to typical prisoner stories and could have described how Glasser felt after listening to Star’s recording.

Star is currently serving out his time for mortgage fraud.  No word yet if any years can be added for music fraud.