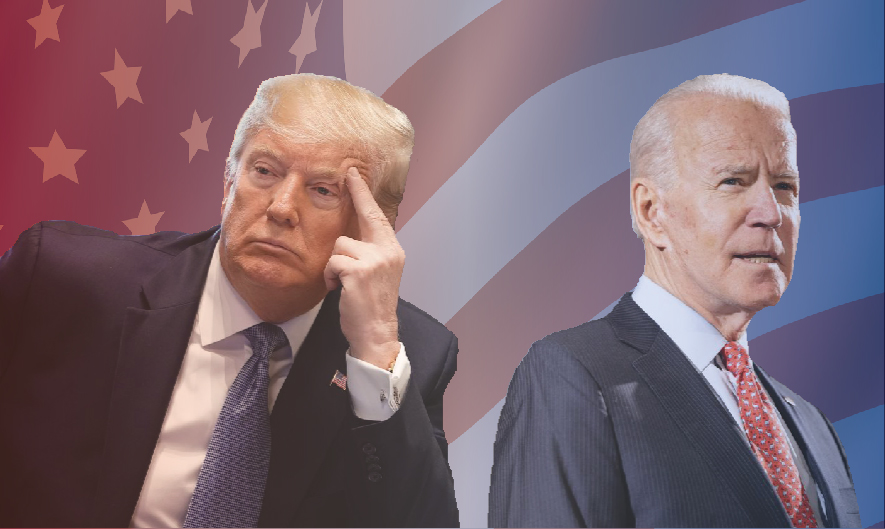 The political sphere has no shortage of entertainment, drama, and cringe-worthy moments. And the campaign season does not disappoint when it comes to delivering magnificent faux-pas we love to poke fun at. Today’s political candidates have made some mistakes, and because of that, you don’t have to. We at Comedian of Law have accumulated some tips for you future political aspirants. Here are some critical pieces of advice to keep in mind if, indeed, one day, you aspire to ruin your life and run for office.

When signing off on a debate, do not say, “Thank for moderating this debate, thank you for listening to me, America, and DOWN WITH OIL!”

Debates can be rigorous. I get it. One can weary near the end. But stay strong! The sign-off is not the time to throw in big stuff. Don’t close the debate with, “And did I mention I want to bomb Russia? Or pack the courts? Or get rid of the oil industry?” Those big campaign issues are better suited for the front end of the debate so that when a fly lands on your head in the middle, everyone already forgot your controversial statement.

While we are on the topic, during debates, speak a lot.

Speaking continuously allows you to keep from getting more questions. Remember, the moderator is your enemy. The more you talk, the less he or she can ask you pesky questions. Speaking of the moderator’s question, it is really nothing more than a pause allowing you to catch your breath before diving into more of your stump speech. You don’t need to pay attention to the actual words used during the question.

The best strategy for constant talking is to actually not say much at all. This is more effective when paired with an opponent who has the same strategy. That way, the bulk of the debate is interruptions and neither of you says anything that has the potential to have any effect. Besides the moderator being the enemy, the next biggest enemy would be your own words. So be careful. Don’t really say anything. For example, “Who built the cages is a great question which leads me to Trump is a really bad man. Orange is bad. Don’t vote orange.” Doing this won’t further your campaign in any way, but, I promise, the viewers will still get something out of watching it: anxiety.

This technique is fool-proof as long as you don’t mind being viewed as toddlers and put in mute button timeout.

Get the hang of this? You try. Finish this sentence:

See how easy that is? But if you do feel the need to deviate, you can occasionally speak about the elderly. But this is slightly nuanced. Because with the elderly, you scare them. For example, “My opponent wants to take away social security, socialize medicine with death panels, and take away early-bird pricing at Golden Corral.”

Maybe you’re worried about coming off as too soft. Fear not, you could still use the angle that everything is about the children with some minor changes. The way to do this is to attack the children of the other candidates. Don’t worry about being viewed as insensitive for bringing up your opponent’s late son or the other’s drug problems. If this happens, just remember, you did it for the future children of America.

If you are a graduate of the Elaine Benes school of dance, don’t.

I am just suggesting that your dance moves should not trend higher than your policy positions.

When coming up with campaign slogans, try them out on your teenager first to see if they pass the giggle test.

In the 1928 presidential election, Democratic candidate Al Smith’s campaign slogan was, “Vote for Al Smith and Make your wet dreams come true.” Now if he had run that by his teenage daughter, he would have known this is not a winner. There is a secondary meaning. People hearing this will not immediately go to your position on prohibition and wet versus dry counties.

On this tip, just avoid any sexual innuendo at all. In this vein, Presidential Candidate Franklin Pierce’s campaign slogan might have crossed the line when he said, “We Polked you in ’44, We shall Pierce you in ’52.”

If you are Pinocchio, maybe running for office is not for you.

Not everyone is cut out to be a politician. In a Filipino election, one candidate’s slogan was, I’ll do my best, but I can’t promise anything.”

Is this refreshing? Yes, of course it is. Is he flipping burgers at McDonalds right now? Of course.

Don’t challenge the press that “if anybody wants to put a tail on me, go ahead,” and then take a model on a private yacht called Monkey Business.

This tip has a lot of moving parts. First, know that if you challenge the press to follow you, chances are they will take you up on that. But this is exactly what Democratric presidential candidate Gary Hart did in 1988. After challenging the media to tail him, he went on a private yacht with a model named Donna Rice (not his wife). And to top it off, the yacht was called Monkey Business.

This tip really goes without saying.

If your last name is “Weiner,” consider a name change.

Hope this comes in handy. Feel free to contact with any further questions.

For more tips, listen to our podcast.