Every Dog has his Day in Court 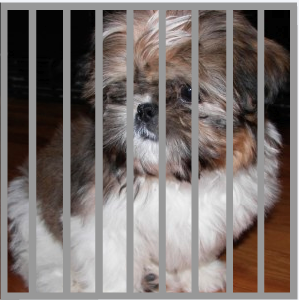 In the ongoing battle of which pet is superior – dogs or cats, we can at least say that the K-9’s are leading the felines in Supreme Court appearances.  And this year, mark another one down for the barkers.

In following a recent trend, the Supreme Court granted certiorari in yet another dog case, Fry v. Napoleon Community Schools. A public school denied admittance to Wonder the Goldendoodle, and so her owners sued for damages.  No, this isn’t a case to set the precedent for canis familiaris discrimination. Wonder was a service dog, and her master had cerebral palsy.  The family sued the school for refusing to allow Wonder to attend school to help her master during the school day.  The issue before the Court will be whether a person can recover damages under the Americans with Disabilities Act and the Rehabilitation Act.

Argument will be held on October 31, which most people recognize as Halloween.  In the spirit of this national sugar-induced coma day, one wonders if the Justices will be in costumes as they are here.

Granting certiorari in dog cases is becoming trendy.  In 2014, the Court held in Rodriguez v. United States that the cops could not delay a traffic stop to allow Fido a chance to arrive and sniff a vehicle. While a dog is allowed a free sniff of a stopped car, the cops cannot prolong the stop past the reasonable point that the stop should have been completed.  It is clear from this holding that the dog acted properly.  His ride to work was just a little late.

In 2013, the Court decided yet another dog case in Florida v. Harris.  There, the Court upheld a warrantless search that found meth paraphernalia in a car.  The Court ruled that the search was reasonable even though the dog that alerted to the drugs was not trained to detect meth.  Apparently, someone had “skunk weed” on their hands when opening the door, and the dog alerted to the door handle.  Because of this, the Court held that a search of the car, in those circumstances, was reasonable.