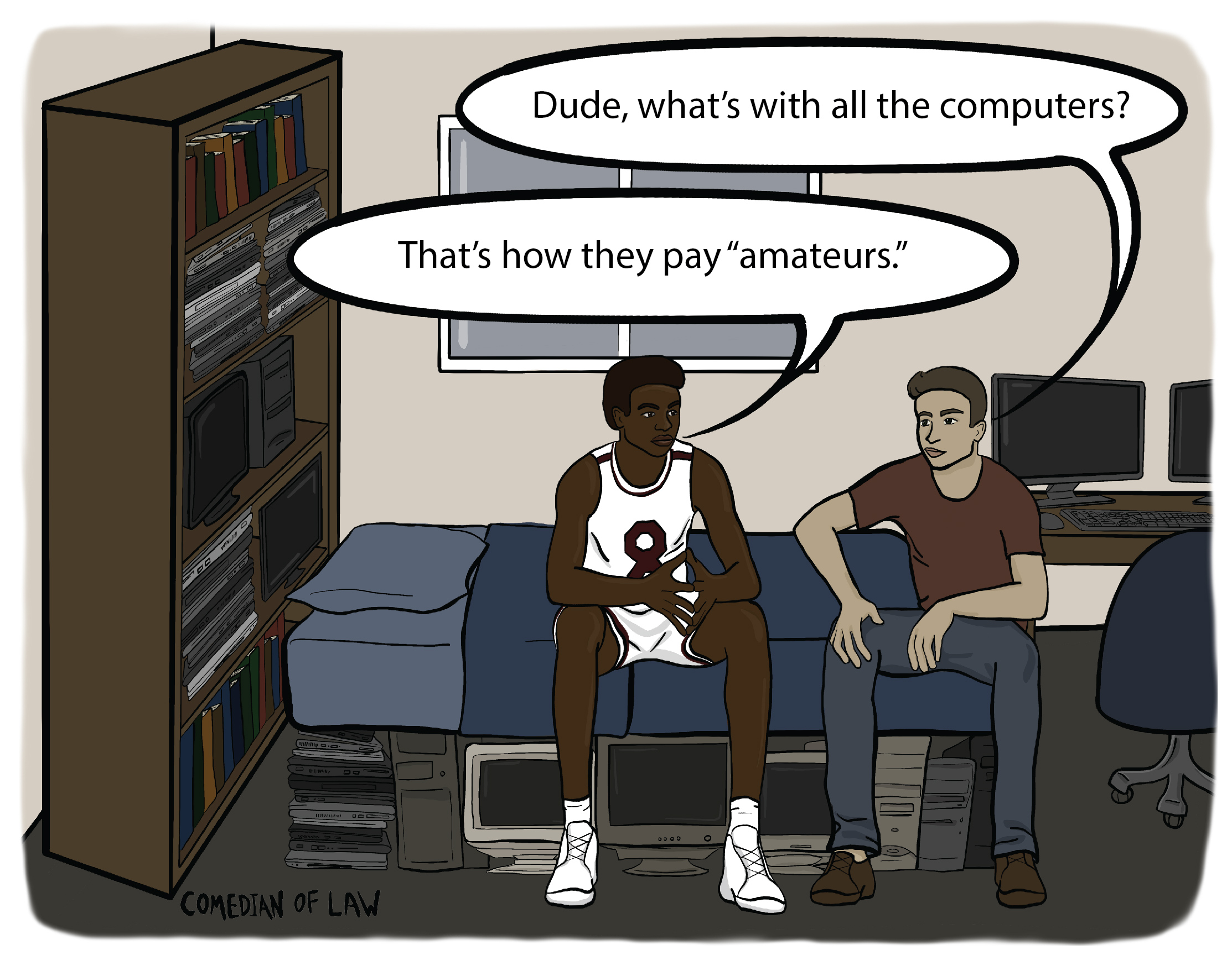 While normally I am no fan of collegiate blowouts as they make for really boring entertainment, this collegiate blowout was fairly entertaining. Because in the biggest matchup of the year, the NCAA got walloped by a team of 9 octogenarians. Can we say skunked? That’s right. The Supreme Court handed the NCAA a 9-0 whooping, and it couldn’t have been sweeter.

Let’s go over the basics. It is standard law that people and businesses cannot agree amongst themselves to restrain trade. It’s anti-competitive. It’s illegal. It’s called the Sherman Anti-Trust Act. In fact, you don’t even have to go too far. Section 1 of the Act says “contracts, combinations or conspiracies in restraint of trade or commerce” are illegal.

Now, I have no idea what a combination is. Maybe Master-lock should be concerned about this. But you can’t have agreements that unduly restrain trade.

For example, local grocery stores can’t agree to set the price of milk at $10 a gallon. That hurts the consumer. They also can’t agree amongst themselves to only pay the workforce $1 an hour. The law of this land is that undue restraints on trade hurts the little guy and is illegal.

Despite the clarity of the law, the NCAA and its member institutions felt like they could agree amongst themselves to create a product, college athletics, and not pay the athletes. How did they think they could get away with this?

Let’s go over some of the NCAA’s arguments. The NCAA argued it is allowed to have agreements to not pay their workforce, as their product is amateur sports.

Nice try, NCAA. Nice try. But that’s not going to work. Because what you are saying is you can have agreements to not pay your workforce because your product is a workforce that isn’t paid. As Justice Kavanaugh said, that’s called circular reasoning. Kavanaugh said “the NCAA’s business model would be flatly illegal in every other industry in America.”

[R]estaurants in a region cannot come together to cut cooks’ wages on the theory that “customers prefer” to eat food from low-paid cooks. Hospitals cannot agree to cap nurses’ income in order to create a “purer” form of helping the sick. News organizations cannot join forces to curtail pay to reporters to preserve a “tradition” of public-minded journalism. Movie studios cannot collude to slash benefits to camera crews to kindle a “spirit of amateurism” in Hollywood.

The NCAA also tried to claim it’s not a business, but simply an educational institution. To which the court responded with… are you F’n kidding me?! Now we know why the Court ruled the way it did in the Cussin’ Cheerleader case.

Not a business? You make billions of dollars. You pay the coaches 10 million dollars. Show me anywhere else where educators make 10 million-dollar salaries. You have tv contracts worth billions. Again, ESPN is not paying billions to air the Calculous 2 final.

The NCAA needs to tread lightly here if it thinks the Court will bless its limits on non-academic related benefits. As Justice Kavanaugh said in his concurring opinion, the NCAA can’t defend its practice of exploiting its workforce by relabeling such exploitation “a product feature.”