Notorious RBG issues a smack down, Partying at Peaches’ and Trump’s Travel Ban 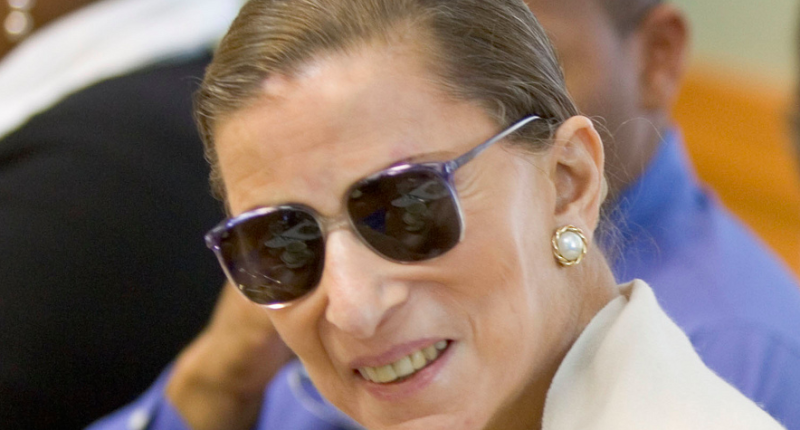 It was a fascinating week at the high court, as Notorious RBG, aka Justice Ruth Bader Ginsburg, dealt a judicial smack down on Justice Gorsuch, the justices reminisced about their partying days, and the Trump Travel Ban got the boot.

In Gill v Whitford, the Court took up the issue of political gerrymandering in Wisconsin.  But Justice Ginsburg didn’t dub it the “biggest case of the year” because she just wants to establish voter equality for cheese lovers.  The big picture here addresses whether the Supreme Court can review a state’s process of drawing electoral maps when such “drawing” reflects an obvious intent to insure the drawer’s political party stays in power.

During oral argument, Justice Gorsuch, who has a well known fetish for statutes, wanted to know under what statutory authority did the Supreme Court even have the right to review a state’s procedures for drawing political boundaries?

Notorious RBG responded with something akin to “how ’bout the U.S. Constitution?  Is that statute enough for ya, rookie?”  O.K., her actual response was “where did one person one vote come from?” But sometimes judicial smack talk needs a little spicing up. 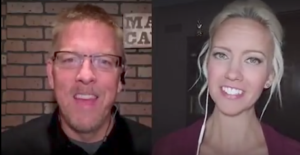 Watch Joel and Ari discuss the recent week at the Supreme Court.

As in most controversial cases, the swing vote belongs to Justice Kennedy. The New York Times discusses Kennedy’s vote specifically.  But from our angle, it’s a toss-up.  Although the justices may agree that the process is flawed, will Kennedy be able to undo the political will of a state?  The Slate breaks this argument down beautifully in their article “The Perfect Redistricting Case.”

Although Gill v. Whitford is a very significant case, we at Comedian of Law believe a little laughter behind the law never killed anyone.  Who’s up for some courtroom gambling??  Calm down Conservatives, it’s only bingo.  Sam Wang of Princeton Election Consortium developed this bingo card to help you stay focused during the duller moments of the arguments.  Oh! Oh!  Justice Thomas just said…something, BINGO!  We all wait with baited breath to see where the chips will fall for gerrymandering and American voters.

Another recent argument was District of Columbia v. Wesby.  In this case, sixteen late night party-goers sued police officers who arrested them for trespassing in a vacant home back in March of 2008.  The officers had responded to a noise complaint and proceeded to arrest the party guests after they were unable to confirm that they had permission from the home owner to be on the premises.

The party-goers claimed their Fourth Amendment rights were violated because their hostess, “Peaches,” had led them to believe they did indeed have permission from the homeowner.  Oyez.org explains “probable cause to arrest for unlawful entry under D.C. law exists where a reasonable officer concludes from information known at the time that the arrestee knew or should have known that they entered the house against the will of the owner.”

The party guests were relying on information given from a woman named after fruit!  What reasonable officer wouldn’t arrest those fools?!

You would think a probable-cause case isn’t a guarantee for courtroom drama, but think again!  Apparently some of the justices got down and dirty, briefly digging into their own seeded pasts.  You can read more about that on the SCOTUS Blog.  Justice Kagan, you saucy minx!  I wonder if she had her own “Peaches” back in the day…

Lastly, the Court took up the Trump Travel Ban by booting it.  The issue in this case was going to be whether President Trump targeted Muslims with his travel ban.  While Trump said during his campaign that he was going to target Muslims and keep them out of this country, everyone knows that politicians lie! Nonetheless, in an apparent effort to show he wasn’t targeting Muslims, he added North Koreans and Venezuelans to his list.  Because he changed the law, the Court mooted the case and the ban is back to square one.