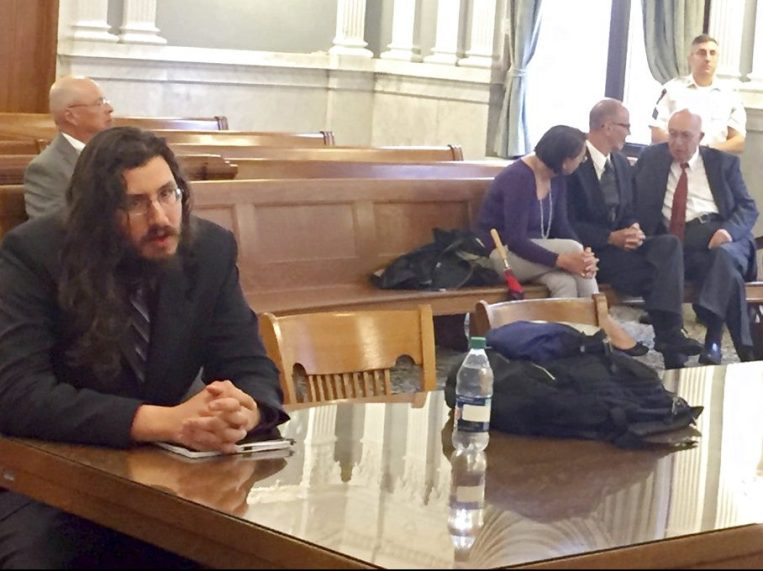 With graduation season coming to an end, students are finally gaining the freedom they desire: High school graduates moving off to college, college students searching for gainful employment, graduate students moving back into their parents’ basements.

But Michael Rotondo’s recent legal woes offers this caution to these carefree graduates: Be careful!   Your freeloading days might not last much longer than a Kim Jong-un/Donald Trump bromance. There might be an end to your parent’s generosity and patience.

Michael, a 30-year-old man that still lived in his parents’ home, was evicted from the basement by his parents.  Now he should have seen this coming.  He received 5 eviction notices, plus his artwork was forcibly removed from the refrigerator. Apparently, subtlety was not his forte, and his parents had to go nuclear.  They sued their free-loading son in court to evict him.

Parents, this should not be your first option in discipline.  “Now Michael, I am going to count to 10.  If you are not back in your seat by the time I get to 10, I have a subpoena in my hand.”  Courts are burdened enough with litigation.  They can’t be expected to add to their docket cases involving whether a 2-week grounding from YouTube and Fortnite is cruel and unusual punishment.  Clearly our Founding Fathers would have said yes!

In keeping with the stereotypical confusion around all things millennial, Michael’s eviction came after he lost custody of his child. His child?!? How could a guy living in his parents’ basement find a willing partner with whom to procreate?  But since I do not understand the millennial ways, let me make this PSA – Ladies, he’s available!

To his credit, he did say, “I really don’t want to live there.  “I’ve been trying to leave there for a long time.  The stopped feeding me, they cut me off the family phone plan.”  Apparently, stopping the feeding only works to get rid of the neighborhood cat, not your 30-year old son.  But you would have thought the family phone plan eviction would have sent the message!

Although he refused to work, he claimed that he was a successful business person.  Under this same logic, you too can be a world champion body builder! It doesn’t matter that your gym key-card has been used as much as Roseanne Barr’s potty-mouth filter.  Just say it’s so!

When questioned about whether his parents were just showing him some “tough love,” he responded, “I don’t think that trying to destroy somebody is tough love.” To his point, stopping a freeloading meal-plan, cutting a person off from the family phone plan, and limiting access to Clash of Clans are listed by Sun Tzu in The Art of War as a great way to destroy a people.

At least Michael didn’t rack up too much in legal fees.  He represented himself.  This kind of sheds some light as to what Abraham Lincoln meant when he said, “A person who represents himself has a fool for a client.”

Let’s just hope that come Thanksgiving Dinner, the Rotondo family does not repeat their mistake by allowing him to sleep over for the holiday. Maybe they should just meet at Golden Corral and call it good?