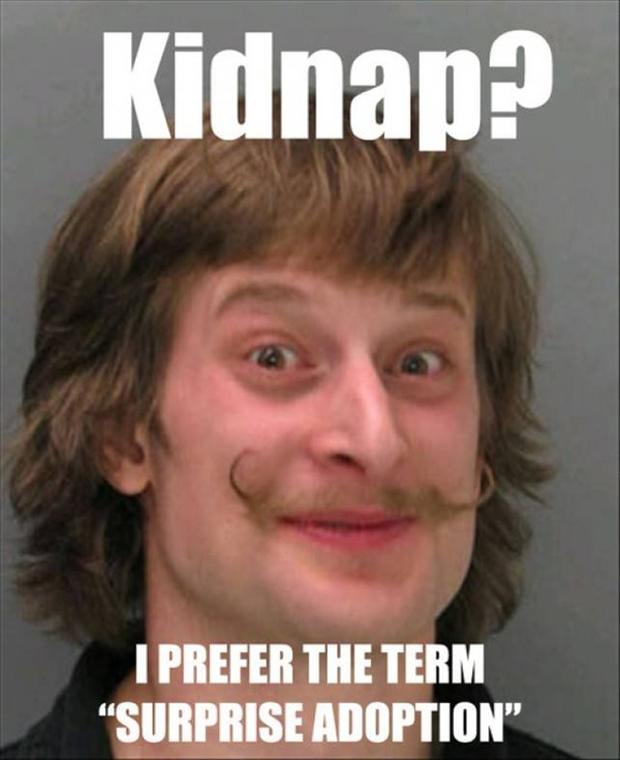 If you thought you had seen it all when Florida defense attorney Stephen Gutierrez set his own pants on fire in court, just you wait!  Last September ex-con Brittian Young attempted to perform a citizens’ arrest…on a judge…in an active courtroom.  Young was armed with a fake warrant and a bag of 2-foot long zip ties (you cannot make this stuff up!). He stormed through a Phoenix court room shouting “motion to strike” and attempted to arrest Judge Flores.

What was Young’s reasoning behind this lunatic behavior?  It’s rumored that the Judge ruled against him in a case involving his parental rights.  Azcentral quotes him as saying “this is about a child.”  Young had already served 8 years in prison for manslaughter. It seems like he was intentionally trying to sabotage his freedom.  What better way than trying to unlawfully revoke someone else’s?

Kidnapping is the crime of unlawfully seizing and carrying away a person by force or fraud; or seizing and detaining a person against her will. Since he was armed with plastic zip ties and a fake “warrant,” it’s safe to assume Young was planning to detain Judge Flores against her will. A prosecutor agreed and arrested Young for attempted kidnapping.

Sentencing guidelines vary from state to state but one commonality is “interfering with a governmental or political function.”  Young was trying to effect a citizen’s arrest in an active courtroom.  As a result, one could say sufficient evidence exists for an enhanced sentence. The Maricopa Court docket specifies this as the charge against Young.  Federalchareges.com explains kidnapping laws in more detail here.

On Tuesday, March 6th, a Maricopa County jury heard Young’s case.  It didn’t take long for them to find him guilty of attempted kidnapping and sentencing is scheduled for April 10th.  While you wait to hear the verdict, check out Ranker.com’s List of Famous Kidnappings. You can read about some of the most iconic kidnappings in history.  Young’s attempt will probably never land on a list of “most iconic,” but I’d say he’s definitely in the running for “most moronic.”