From Pig Castration to Disbarment 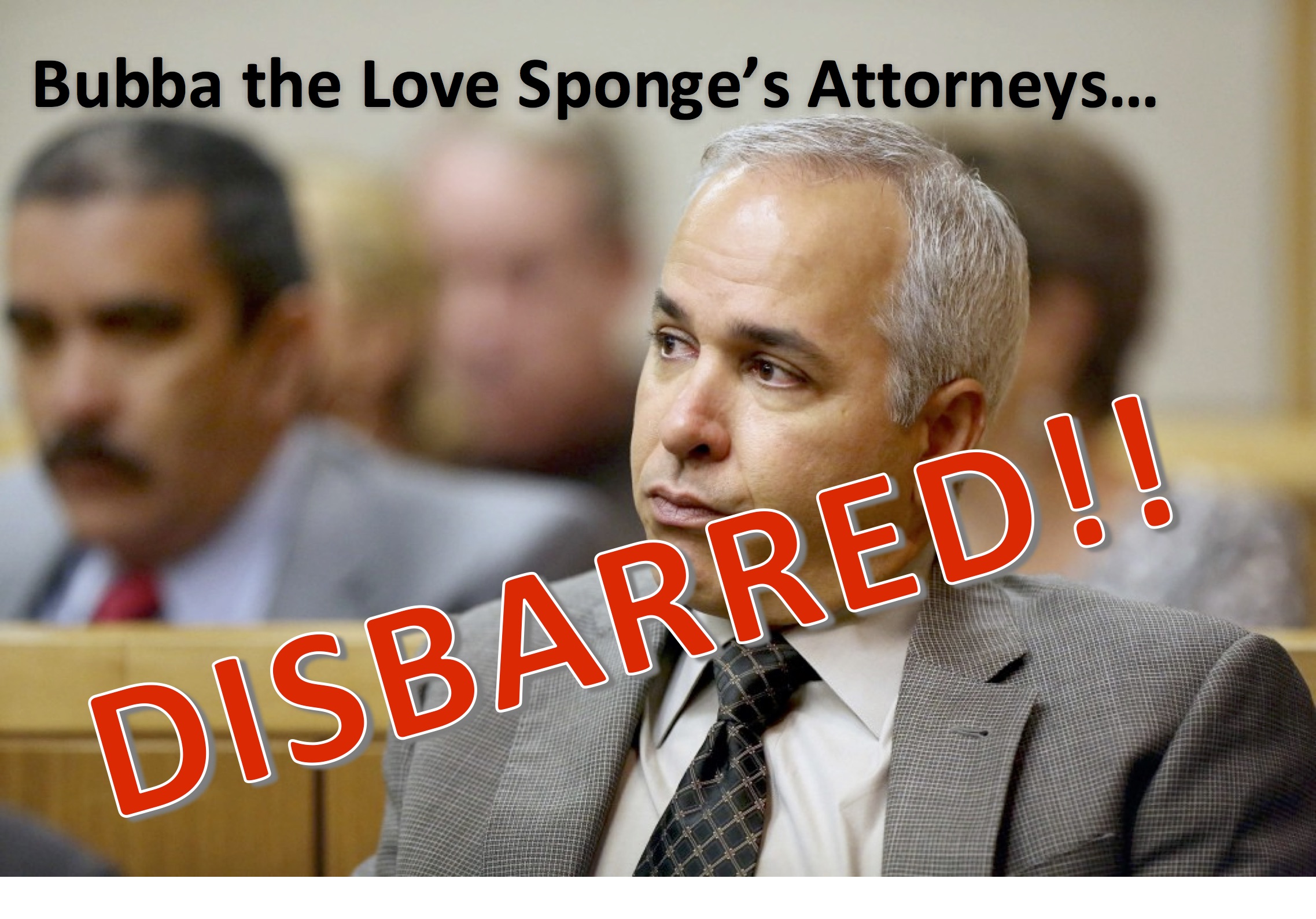 The Florida Supreme Court permanently disbarred all three attorneys involved in setting up an opposing counsel for a DUI bust in the middle of a lawsuit. Calling it “among the most shocking, unethical and unprofessional” attorney conduct they had ever witnessed, the Florida Supreme Court ensured that these three would never practice in Florida again.

It all started when Bubba the Love Sponge, a radio shock jock in Tampa, Florida, decided to entertain his listeners by castrating a pig on live radio.

But things went horribly wrong and the pig died. Now Florida has a law prohibiting animal cruelty, and someone in law enforcement thought castrating a pig exhibited pre-homicidal tendencies. I guess what seems like a bar-b-q to one is felony murder to another.

There was another shock jock in town named MJ Schnitt. Well, MJ’s wife was an assistant state attorney, and so Bubba blamed Schnitt, accusing him of being a snitch and ratting him out to the authorities.

While I am not in the shock jock business, I am guessing that being the equivalent of a jailhouse rat is not an endearing quality for a shocker. Plus, the Love Sponge referred to MJ’s wife with a less-than-flattering term. To give you a hint, it rhymes with shore. MJ then sued Bubba in court for defamation and slander, and he sought over $15,000 in damages.

This is where the lawyers enter the picture. In their zeal to represent the Love Sponge, the attorneys had strategy sessions. They surely discussed the facts, the law, and the various ways to maximize their client’s legal position. And so with this in mind, apparently the following discussion occurred:

“Hey, do you know what would be a great idea?  Why don’t we send out our attractive paralegal to the bar that the opposing attorney regularly visits and get him drunk! Then when he gets in his car to drive home, we can call the local authorities and he will get busted for DUI!”

And if this idea was not insane enough, apparently someone else in this legal think tank one‑upped this person’s stupidity by saying, “Brilliant!”

This reminds me of that meme that goes, “A good friend listens to your plight and empathizes with your predicament. A best friend helps you bury the body!”

Fast forward . . . one day after trial started, Melissa Personius, their attractive paralegal, went to Malio’s restaurant and sat next to MJ Schnitt’s attorney, C. Phillip Campbell. She smooth-talked him, got him to drink a few more drinks. And when the time was right, she said to him, “Here are my keys. Could you move my car for me?”

Now what possibly could be going through this attorney’s mind? If he had any mindfulness training at all, his legal antennae would be going off more than John McEnroe’s mouth at a tennis match refereed by the National Association for the Far Sighted!

Come on! An attractive young woman sits next to an older gentleman at a bar, smooth talks him, and offers him drinks? Now that I am in the older classification of persons, I can affirmatively state that this does not happen in the same universe that values oxygen! If this is going on, your antennae had better be going off that something is amiss.

Well, apparently nothing but alcohol was going through Campbell’s mind, and he took her keys and then got in her car to move it.

After he left, Personius texted her attorney bosses at the Diaco Law Firm. They in turn contacted their connection at the local police, who stopped and arrested Campbell for drunk driving.