Sue for Losing? Not in Football! 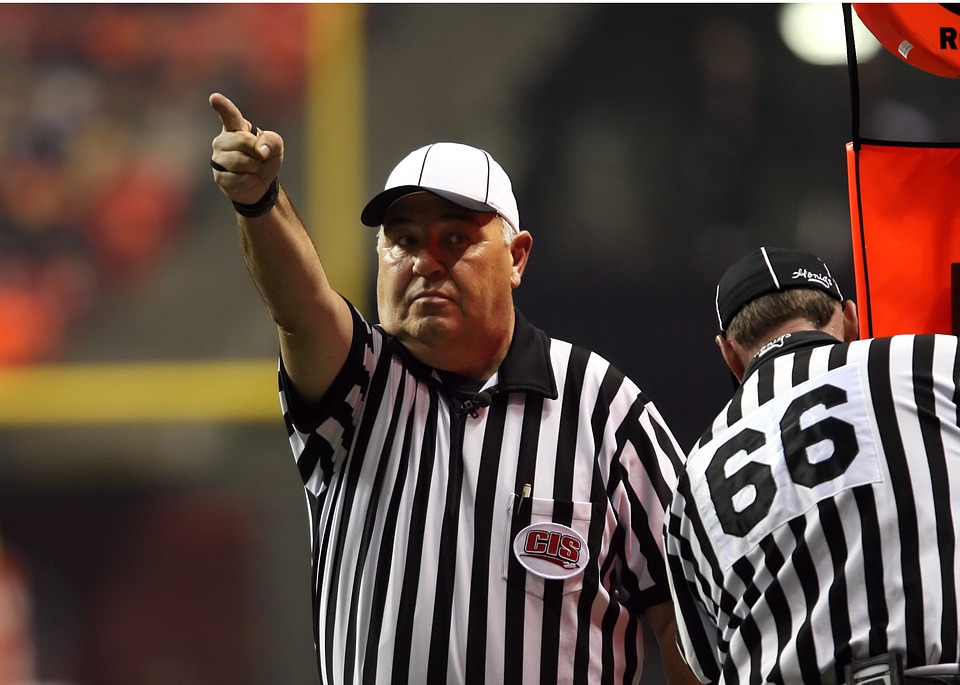 The professional and college football seasons are upon us, which means it’s time to complain about the officiating! And no one can complain more than Oklahoma State Cowboy fans. This past weekend, the team lost to the Central Michigan Chippewas — 30-27  — after the officials gave CMU one illegal free play after time had expired!

Oklahoma State tried to kill the final four seconds of the game by throwing the ball on fourth down. But because the receivers did not move, the Cowboys were penalized for intentional grounding, which is a loss-of-down penalty. And because the rules state that the game cannot end on an accepted live-ball penalty, the referee gave Central Michigan one free play after the time expired.

And, of course, as fate would have it, with that one play, Central Michigan threw both a Hail Mary and a lateral on a wild final-final play, and won the game. You can see the wild crazy last play here.

The problem is that the rules do not actually permit an extra free play in this situation!  “There’s an exception to the rule that says if enforcement of the foul involves a loss of down, then that brings the game to an end,” said referee Tim O’Dey.

The officials admitted after the game that they goofed, and the free play should not have happened.

Goofed!! In legal terms, that’s an admission of liability. And to some football-loving Americas, that means there should be a lawsuit. Or should there?

The answer is . . . no.  We know this because it has been tried before. Many times, actually. In Mayer v. Belichick, a season ticket holder for the New York Jets sued Bill Belichick and the New England Patriots after Belichick cheated in an NFL game by illegally videotaping the opposing team’s game signals.

Because this was a direct violation of the NFL rules, Mayor claimed that he was harmed as a fan and sued for his damages. This guy might sound like a hero to many! It’s at least fleetingly appealing to sue an opposing team or officials when our team loses.

But Oklahoma State fans shouldn’t rush to the courthouse just yet. Because the Third Circuit Court of Appeals has settled this issue when it ruled that such lawsuits on this issue are a no-go.  According to the court, the only “right” you obtain by buying a ticket to a game is a license to go on the property at a specified time and location.

So . . . throwing a brick at your TV because you are mad at the officials? Stupid, but allowed. Filing a lawsuit for your pain and suffering? That Hail Mary will not be answered.