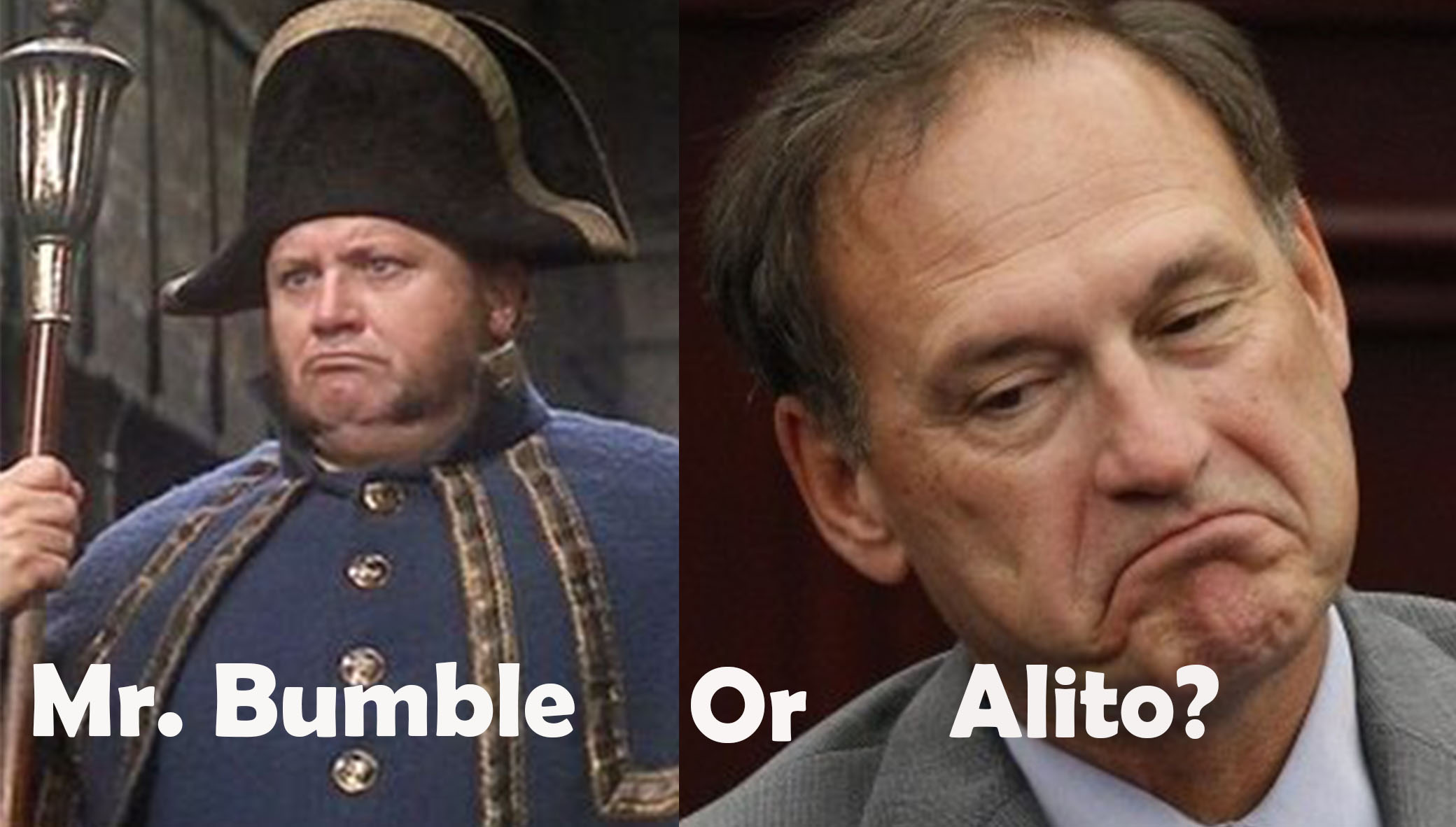 Supreme Court Justice Samuel Alito, aka, Bob Saget’s doppelgänger, made a rather unusual assessment of the law in his dissenting opinion in Collins v. Virginia. The case dealt with whether, without a warrant, the cops could search under a tarp that covered a stolen motor cycle parked in a driveway.

Tip for all of you would-be criminals: it’s generally not a good idea to put the stolen property in your front driveway.  At least criminals of old buried their treasure.  Criminals today are so lazy they just say – “a tarp will do!”

Eight justices said no-go on bypassing the warrant.  The Fourth Amendment requires cops to get a warrant before they go searching and seizing property, even though the motorcycle was parked in the driveway.

It was undisputed that Rhodes, the police officer, had probable cause to believe that the object under the tarp was a stolen motorcycle that had been involved in a recent highway chase, where the bike topped 140 mph.  This might have been an understatement.  In fact, the guy in possession of the stolen bike posted a pic of it on Facebook in that exact position on front of that same house.

It was also undisputed that if the bike had been a few feet over and parked along the curb rather than the driveway, the cops would not have needed a warrant.  So it seems to be a great episode from the Theater of the Absurd to suggest that the cop’s actions of lifting the tarp to take a picture of the bike violated the Fourth Amendment, such that the charges against the person must be dropped.

So Alito said, “an ordinary person of common sense would react to the Court’s decision the way Mr. Bumble famously responded when told about a legal rule that did not comport with the reality of everyday life.  If that is the law, he exclaimed, ‘the law is a ass – a idiot,” citing Mr. Bumble from Charles Dickens’ Oliver Twist.

Was this giving the law the big middle finger? Is Alito resembling an aging man who has no filter for his mouth? No! On the contrary, he’s actually taking after his younger and much more spry fellow Justice, Neil Gorsuch who referenced the same quote two years prior.