The Notorious RBG paved the way for the Newbie ACB

Let’s start with what she wore around her neck. How many Justices, when given the chance to adorn their judicial robes, would pick a doily? 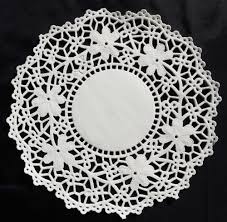 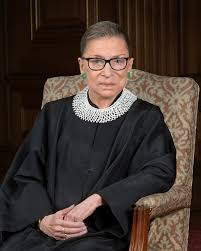 Given the fact that only 3.5% of America’s Justices have been women—not many. But more on that later. Perhaps if confirmed, Amy Coney Barrett will pick up that trend.

RBG also set trends when it came to Supreme Court fitness.  Her planks and push-up routines are legendary. If you doubt me, check out www.http://rbgworkout.com. How many of you have been featured on websites devoted exclusively to fitness? And I am not talking about being a model for the “before” pics.  On this site, it says,

How does Justice Ruth Bader Ginsburg, one of the Supreme Court’s favorite octogenarians, stay so active and energetic? She owes it in part to the twice-weekly workouts she does with her personal trainer, Bryant Johnson, a man she’s called “the most important person” in her life (after her family, of course). Now with The RBG Workout, you can exercise along Justice Ginsburg and Bryant. Whether you want to keep up with one of America’s most admired women or just reach one of your fitness goals, this book is for you. Case closed.

If you, too, want to be the energizer bunny, check out her fitness site.

While wearing the latest in fashion/table-top designs and staying fit are important, her greatest contribution was in paving the way for equality. She tirelessly worked for total equality, particularly when it came to the sexes.

For example, in Ledbetter v. Goodyear Tire & Rubber Co., she exposed a huge roadblock to workplace equality and in the process, slammed her fellow justices in her dissenting opinion. This demonstrated the first part of her nickname was well earned and also paved the way for Congress to adopt her position. Here is what happened.  Lilly Ledbetter sued her employer, Goodyear, for underpaying her compared to her male colleagues over a period of 19 years. Should be a slam dunk case if true, right? We all know that a company cannot pay a guy more than a gal for the same job. Even those that graduated below the ambulance chasers at the University of 7-11 School of Law knows this is a sure-fire winner of a case.

But not so fast. The Court ruled in favor of Goodyear, claiming that the pay disparity started when she was hired, and, thus, Ledbetter missed the 180-day filing deadline to bring a discrimination claim under the 1964 Civil Rights Act.

So according to the Court, companies could get away with paying females less than males as long as no one talked about the pay disparity for the first 180 days after being hired. Call me naïve-enough-to-believe-presidential-debates-will-be-presidential, but this seems to create a loophole. All companies would have to do to get away with paying women less than men is to wait out the first 180 days with all available fingers and toes crossed, and then they would be home-free.

Here is where RBG got the Notorious part of her name. She was so infuriated by the majority’s reasoning, Ginsburg read her dissent from the bench. Now, it is highly unusual for a Supreme Court justice to trash-talk her fellow justices in open court, but this called for such a moment.

She said, “Pay disparities, of the kind Ledbetter experienced, have a closer kinship to hostile work environment claims than to charges of a single episode of discrimination.”  Now for you non-lawyers reading this quote, let me offer the appropriate legal commentary. “Boom! Mic drop. Exit stage left.” This was a take-down, Supreme Court style. She just pulled a Captain Obvious bench slap on her fellow justices by pointing out that if a person’s starting pay is less than a man’s, it seems highly probable that all percentage raises from that point would be proportionally affected.

After criticizing the majority for being “totally at odds with the robust protection against workplace discrimination Congress intended… to secure,” she said the “ball is in Congress’ court” to correct the Court’s error.  Congress heard the Notorious RBG. And within two years, Congress amended the 1964 Civil Rights Act to conform to RBG’s understanding of the statute.

Although most of her better work was in dissent, thanks to a conservative court during her tenure, she did have her moments in the majority. Arguably, her best moment came in United States v. Virginia. Virginia had an all-male military school where women’s admittance was prohibited. Virginia defended its male-only school by saying there was also a separate all-female school that was just as good.

Writing for the majority, RBG slammed this argument over the fence and into the back parking-lot. She wrote that this separate but equal argument was no different than the argument made decades earlier that separate schools for the races was sufficient. I believe they are still looking for the ball.

RBG’s scored victories for equality on several other fronts. In Charles E. Moritz v. Commissioner of Internal Revenue, she argued, and won, a case where a male was denied a tax deduction for the cost of a caregiver for his invalid mother where the law explicitly permitted such a deduction for women. If this storyline sounds familiar, that is because you are obviously a movie-goer and saw “On the Basis of Sex.” You know you had an interesting legal career when Hollywood is making movies based on your cases.

Her work for equality lead to passage of the Equal Credit Opportunity Act of 1974. This act meant that women could open bank accounts, take out credit cards in their names, and commit to a mortgage without a male cosigner.

Additionally, she represented Air Force Captain Susan Struck in challenging a rule that required women to get abortions or leave the military. Captain Struck was a devout Catholic, and her religious views would not allow for an abortion. Not wanting to quit her military career, she sued the Department of Defense over its policy. RBG won a stay for Struck’s discharge, arguing that the only conspicuous difference between men and women was that “only women become pregnant; and if you subject a woman to disadvantageous treatment on the basis of her pregnant status … you would be denying her equal treatment under the law.”

Clearly, RBG fought for the rights of all women and wanted to see more women in positions of leadership within government. She’s set an example of a prolific legal career, paving the way for more women to have seats on the Supreme Court. Yes, even conservative women. We are currently seeing this play out in Amy Coney Barrett’s recent nomination for the Supreme Court.

Newbie ACB chose for herself to have a stellar legal career and a full and robust family. To those of you who do not follow ACB, she has seven kids, all of whom she and her husband have been homeschooling during the pandemic. She graduated top of her class at Notre Dame Law School and, currently, sits on the Seventh Circuit.

It seems to me, that RBG fought her entire life for women like ACB. Not only ACB, but the entire nation owes a debt of gratitude to RBG. Without her paving the way, ACB’s path and destination could have been significantly different. And we would all be the poorer.

So, let’s all do two minutes of planks and ten push-ups in honor of The Notorious One. Don’t wimp out. You know RBG wouldn’t.

Listen to our most recent podcast “Remembering the Notorious RBG”  on Comedian of Law’s De-briefing the Law. Mackenzie Smith and Joel Oster remember the Notorious RBG and her stellar legal career. From graduating top of her class at Columbia to staring in three major movies, including a legos movie, to paving the way for women like ACB, RBG has seen it all. Available wherever you get your podcasts.