The Twitter-in-Chief’s Executive Order on Social Media: The biggest nothing burger since the McDLT

Instead, this executive order might be the modern-day equivalent of the McDLT: a big fat juicy nothing burger.  If you were starving for red meat and chomped down on this executive order expecting carnage and blood dripping from your jowls, you would have been better off nibbling on celery sticks.

In case you missed it, President Trump sent out a tweet last week alleging voter fraud would occur if mail-in balloting was used.  The tweet said,

There is NO WAY (ZERO!) that Mail-In Ballots will be anything less than substantially fraudulent. Mail boxes will be robbed, ballots will be forged & even illegally printed out & fraudulently signed. The Governor of California is sending Ballots to millions of people, anyone living in the state, no matter who they are or how they got there, will get one. That will be followed up with professionals telling all of these people, many of whom have never even thought of voting before, how, and for whom, to vote. This will be a Rigged Election. No way!!

Twitter slapped a warning label this tweet, cautioning readers that despite the president’s claims, “fact checkers” say there is “no evidence” that expanded, nationwide mail-in voting would increase fraud risks.

So Twitter decided this tweet was misleading, which you have to admit, is a bit ironic. Of all of our Twitter-in-Chief’s tweets to fact check, you are going to pick the one that says mail-in-ballots could be manipulated? I mean, just last week a mail carrier in West Virginia was charged with altering absentee ballot requests.

But to Twitter’s defense, uncovering that piece of history would have required going back hours, even days, to discover that story.  That’s a lot of investigative journalism for a company that specializes in only 142 characters of attention span.

Nonetheless, Trump thought this was bad. So bad, that in the middle of a global pandemic and race riots all across this country, he said this order was necessary to “defend free speech from one of the gravest dangers it has faced in American history.”  Someone might be a bit high on his own speech.  The word eccentric comes to mind.  Galileo would have had his hands full with this one.

So Trump issued this executive order. And it is my professional opinion, as both lawyer and comedian, that if he was intending to cause fear in the hearts and minds of Twitter, he should have gone the Lego route.  Let me explain by going section by section of this order and showing why this is a McDLT companion.

The first section is the written equivalent of flag waiving and kissing babies.  In order to fully get the vibe of this section, you should play Stars and Stripes forever while reading it.  It begins by saying, “Free speech is the bedrock of American democracy. Our Founding Fathers protected this sacred right with the First Amendment to the Constitution. The freedom to express and debate ideas is the foundation for all of our rights as a free people.” He then goes from there to bash Twitter, the Russian collusion hoax and the Chinese.  One wonders how Crooked Hillary escaped mention.

Suffice it to say, there is nothing actionable in section 1; just a lot of rah-rah, baby kissing, and maybe a link to donate to his presidential campaign.

It then proceeds to ask various departments and agencies to make sure their application of the law comports with this law. It then states, “The Secretary of Commerce, in consultation with the Attorney General, and acting through the National Telecommunications and Information Administration (NTIA), shall file a petition for rulemaking with the Federal Communications Commission (FCC) requesting that the FCC expeditiously…”

Section 3 deals with government advertising on social media sites. All that this section does is ask the Department of Justice to review the viewpoint-based speech restrictions imposed by each online platform and then to “assess” whether these are bad for “government speech.” Again, this is just simply asking people to look into the matter, with a close eye as to how this will impact Trump’s speech.

Section 4 involves federal review of deceptive trade practices. In it, the order calls out the FTC to “consider taking action” where appropriate and consistent with the law.  Ouch.  So FTC – do the job you already were doing before this order told you to do your job.

Section 5 contains a plea to state attorney generals to “establish working groups” to determine if current law is being followed.  So form a committee to plan forming a committee that will look into future committee formulations.

And then in section 6, the order asks the Attorney General to draft model legislation for Congress to consider passing. Again, this law can best be summed up by saying, “Congress, I feel so strongly about this that I want you to go to your room and think about doing something!”

In order for a law to be challenged in court, it has to actually violate your constitutional rights. But asking others to think about taking action in accordance with the law, even if surrounded by John Phillips Sousa music, does not amount to a constitutional violation.

Now let’s fast forward six months.  Let’s imagine that Trump gets re-elected, and the FTC, FCC, SEC and the Big 12 all pass rules that embody the spirit of section 1 of this executive order. Would that be unconstitutional? Highly unlikely.  Let me explain the 1996 law, how it works, and why this order is all bark, no bite.

In 1996, Congress passed Section 230 of the Communications Decency Act that provided immunity for online platforms. Under this law, if an online platform is just re-posting what others say, the online platform cannot be sued for defamation, copyright infringement, etc.  What Trump is suggesting doing is establishing a policy that online platforms that selectively engage in fact-checking are in fact, exercising editorial control of the content of the posts, and so are not entitled to the immunity shield of the 1996 law.

So how would this play out? If someone defamed me on Twitter, I could sue Twitter in court for reposting the defamatory content.  Twitter would then raise the immunity shield in Section 230 of the Communications Decency Act.  The court would then assess the full ramifications of the 1996 law, and whether Twitter is an on-line platform. And to be blunt, the court would really not give two hoots about this executive order. The court would analyze the law based on its terms, and not how a president 20 years later interpreted the statute.

So in the end, move over McDLT. You now have company on the shelf containing nothing burgers. 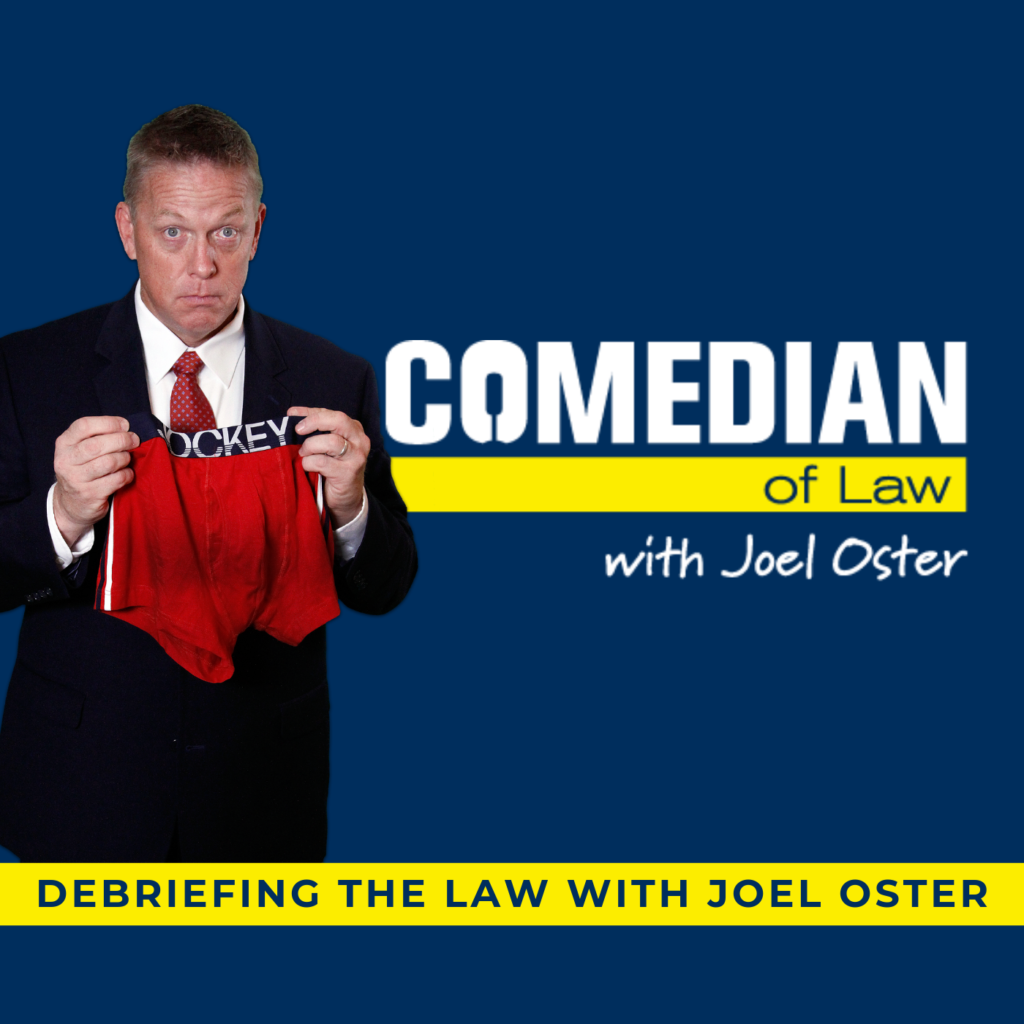 In case you missed it, The Comedian of Law Podcast is LIVE and available on your favorite streaming services.

Enjoy a weekly dose of the lighter side of the law.

Listen online, subscribe on your preferred streaming service, share and snicker at the latest legal news each week.