Who Says you Can’t Make the Supreme Court Laugh? 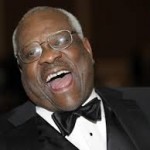 The Cato Institute recently filed an amicus brief in Susan B. Anthony List v. Driehaus, before the US Supreme Court, that is as a must read for anyone who has Comedy Central tagged on their computer. Apparently attorneys, often the butt of late night jokes, have now joined the ranks of comedians.

This case began in 2010 when the Susan B Anthony List published a billboard that stated that United States Rep. Steven Driehaus supported abortions when he voted for Obamacare. The Representative filed a complaint with the Ohio Elections Commission, claiming that the billboard violated Ohio’s false campaign speech law. Apparently, this Representative’s feathers were ruffled that someone complained about his voting record.

The issue before the Court was whether a law that prohibited politicians from lying during campaigns violated the First Amendment. The Cato institute, using satire, asked the Court, “Can a state government criminalize political statements that are less than 100% truthful?” Cato argued that this country was founded on lying politicians. “John Quincy Adams called Andrew Jackson a ‘slave-trading, gambling, brawling murderer’….” Where would our nation be if Thomas Jefferson was not maligned as “the son of a half-breed squaw, sired by a Virginia mulatto father” and for fathering children with his slave? One can hardly think of the mud-slinging occasion called campaign season without remembering the accusations on draft-dodging, Swift boats and birth certificates.

Cato pointed out that “while George Washington may have been incapable of telling a lie,” his successors had no such problem! Cato concluded, “The campaign promise (and its subsequent violation), as well as disparaging statements about one’s opponent (whether true, mostly true, mostly not true, or entirely fantastic), are cornerstones of American democracy.”

“After all, where would we be without the knowledge that Democrats are pinko-communist flag-burners who want to tax churches and use the money to fund abortions so they can use the fetal stem cells to create pot-smoking lesbian ATF agents who will steal all the guns and invite the UN to take over America? Voters have to decide whether we’d be better off electing Republicans, those hateful, assault-weapon-wielding maniacs who believe that George Washington and Jesus Christ incorporated the nation after a Gettysburg reenactment and that the only thing wrong with the death penalty is that it isn’t administered quickly enough to secular-humanist professors of Chicano studies.”